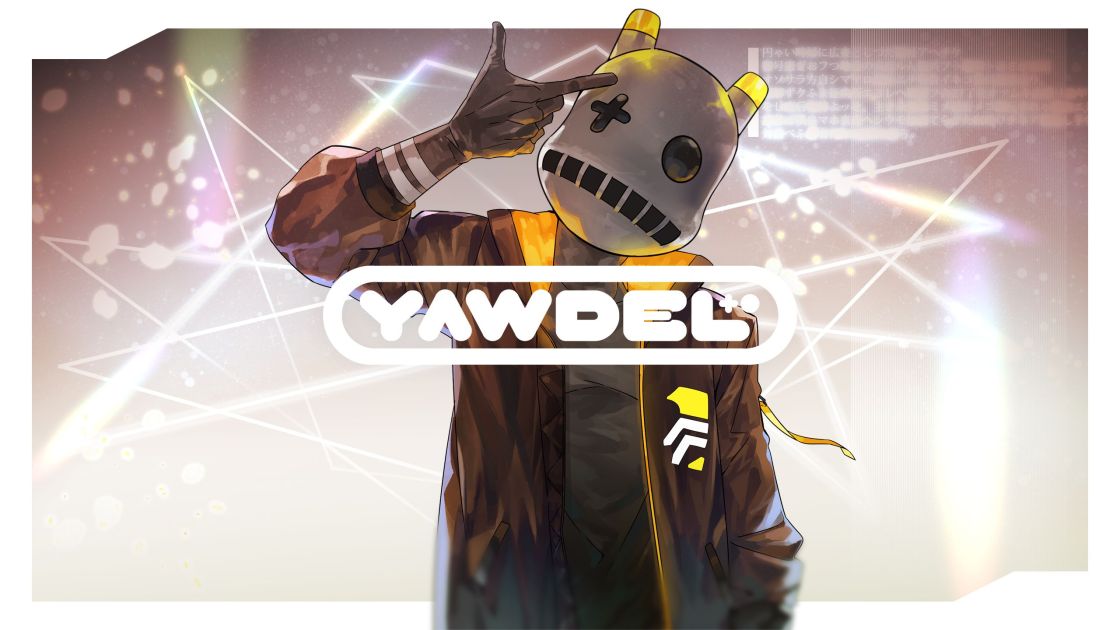 One thing we really love about working on Carpe Bloom is the opportunity to talk to other people, forging that human connection over a good conversation in order to share their story.

This time, however — a technologically-facilitated conversation had to do for our interview with anime character-producer Yawdel, who made his first drop “on Earth” just 2 weeks ago. “For me, music is all about language — acting as language — as I use it to communicate with you humans,” he begins. The producer isn’t familiar with concepts of “age” or “race”, so his first collaboration with Dublin-based vocalist, Zhiko came naturally and without any challenge — because they both spoke the same language of music.

“For me, music is all about language — acting as language — as I use it to communicate with you humans.”

Yawdel continues, “I always think it’s great to build bridges between different people, because everyone has a little to bring to the table, which is what makes things interesting and refreshing.”

Coincidentally, the adjectives ‘interesting’ and ‘refreshing’ are what we would use to describe the producer’s first drop, Taste It. With highly addictive hook vocals and an almost sinful, brassy synth melody as the lead, Yawdel’s Taste It captures how getting a “taste” of passion creates an ever-lasting desire that can move you to action for a period of time after production.

And this seemed to be the lead inspiration behind the track, Yawdel shares with us. “We (Yawdel and Zhiko) were inspired by the quest for passion.”

“Zhiko, who wrote the lyrics, was driven by his own experience (of chasing passion). He was working in a restaurant, completely tired of the same routine — with a terrible boss, annoying customers — so one day, he just took off his apron, walked out and never went back.”

“He was really determined and driven about his music, and it finally paid off.”

Yawdel’s own origin story seems to mirror this arc of rising up to one’s challenges to achieve a passion-borne goal. While having a shier personality could have held the producer back, he formulated a plan — to compress the ‘3D version’ of himself into a ‘2D character’. “Manga is something I discovered (when I was younger) and enjoyed. So why not start my musical journey as a little character?”

While we’re on the topic of Yawdel’s musical career, we decide to ask what part of the character’s story had led to the formation of the producer’s signature sound. “Having been born a long, long time ago, I have had any adventures in my life.”

“These stories influence my music.” True to his ‘character’ — pun intended — Yawdel shrouds his life-stories in secrecy, sealing his lips on what exactly he’s experienced, and who else was involved in such vibrant adventures. So, we decided to probe further…

…and the ever-cheeky Yawdel plays along to as much as his enigmatic mask allows him to reveal. “The first one of my inspiration is ramen.” He pauses. “I may be a bit addicted to that delicious food.”

Okay, so us humans have got one thing in common — a love for human food. “My first goal was to become the youngest ramen-eater champion on my planet”, he shares next. His planet? “Yes”, he tells us. “On my planet: Galaxy udfy-38135539.” Ah, there it is again. Despite being united on the ramen front, we’re clearly not the same.

“I wanted to become the youngest ramen-eater champion on my planet, but unfortunately I finished at number 3 at the time of competition. My parents thought that I had some talent with music, so they told me that it could be a useful tool to communicate with humans when my Superiors decided to send me down to Earth for a mission.”

Thank you, Yawdel, for once again reminding us that we are not the same. However, as he wraps up his list of inspirations, he lets slip that he is familiar with human-created platform, SoundCloud. “One of the greatest bands from my plant is the Kioxhies. They are a pioneer of our music and very well-respected.” He adds that the Kioxhies’ music can be found on SoundCloud, where we humans can give their tunes a shot.

We think it’s time we ask him about his opinions on humans “and their dream-chasing”. So with as much courage as we can muster, we ask the out-of-this-world producer about what he would say to young people. “Our people”, we clarify hastily, “Like, ‘Earthlings’.”

Yawdel pointedly starts by advising us on how to use our human instincts. “Tell young people to always follow these instincts and their other (sources of) inspiration.”

“Music is all about pleasure — if you have pleasure making it, you will for sure give pleasure to the other people around you. It’s a natural medicine.”

Our interpreter signals for the interview to wrap up; time works differently on Yawdel’s planet, and the time to retire — not musically, but physically, to bed — is arriving soon. “I think many humans don’t know…about that information.” Use your instincts, find what makes you happy.

Yawdel leans forward, just a little, eyes gleaming: “Maybe they’ve lost this information somewhere?” We don’t know how to answer that. “The more I travel around Earth, the more I understand why I was brought here, and that is to deliver that message.”

Suddenly, there’s a lapse in our connection. The interpreter signals for the whole exchange to end, but another voice suddenly pours through the screen — and it’s not ours. “Well, it turns out that I’m a real person too, not just a manga character.”

Just as quickly as the cracks in character appear, he steps back into a self-made mould, suppressing flesh-and-bone once again. All we see on the screen is a flickering character, and little bits of the world he calls his own — miles, galaxies apart from ours — yet, the speech interjection revealed one thing: if he can chase his dreams, we can, too — because all of us with passion have the same, burning energy within.

“Music is our language”, he says of his fellow Galaxy udfy-38135538 civilians, “learning music is actually a top priority for children’s education.” Ah. Talk about music being a “universal language”! The truth has been brought to light — music is a galactical language, and we’re so here for it. Catch up with Yawdel here and watch ‘Taste It’ here.